Prime Pump’s well pointing on a new Isaac Construction project for Orion Group in Marshlands, Christchurch, is believed to be one the first of its kind in New Zealand. Two Netherlands designed and manufactured BBA PT150 piston pumps have been deployed side by side on a 200-metre line, rather than the conventional configuration of one vacuum pump per 100 metre section of line.

Prime Pump Account Manager, Hayden Powell, says the configuration saves space and time. “You don’t have to break the line and it’s a lot easier for the contractor.” (In this case Protranz Earthmoving.)

The exacting project will allow a 4.1km, 66kV cable to connect a new substation under construction on Blakes Road, Belfast, with an existing Marshlands Zone substation in Prestons Road. The work will increase both energy supply capacity and resilience in the fast-growing area.

When the well pointing began, the spears were pumping 60 litres a second for the first 12 hours. With the project, now advanced that’s down to 12 litres a second. (Completion is scheduled for early 2022),

A factor critical to the well pointing’s success was Prime Pump use of a filter agent to surround the spears themselves, avoiding issues with liquefaction.

Experienced subcontractors Protranz Earthmoving said without the effective dewatering, in an area notorious for its high water table, digging wouldn’t have been possible. Operations manager Noel “Irish” Mc Nicholas says apart from the water table constraints on the job included limited space due to proximity to a busy road, nearby housing, and strict discharge quality requirements.

“We went to Prime Pump with a problem and they came back with a solution. They made it work. And I always know Hayden is just a phone call away.”

Irish says the help in the set-up from the Prime Pump team was invaluable. “We couldn’t be happier.” A self-confessed sceptic regarding the BBA’s fuel efficiency, Irish says he’s now convinced. “I doubted Hayden when he first told me. But they ran for ten days without needing to be refuelled which is pretty good in my book.”

“They’re also really quiet which is really good. We’re in a residential area and people don’t want to hear a pump revving up, also it’s better for the people on the worksite itself.”

” Both agreed the well pointing and use of a filter agent around the spears to counter liquefaction made a huge difference.

“This was definitely the way to go. It kept water where we needed it to be. Before this we couldn’t keep up with the initial drawdown.”

Two-inch pumps had previously been used but they said the Prime Pump system had taken dewatering to the next level on the challenging site. 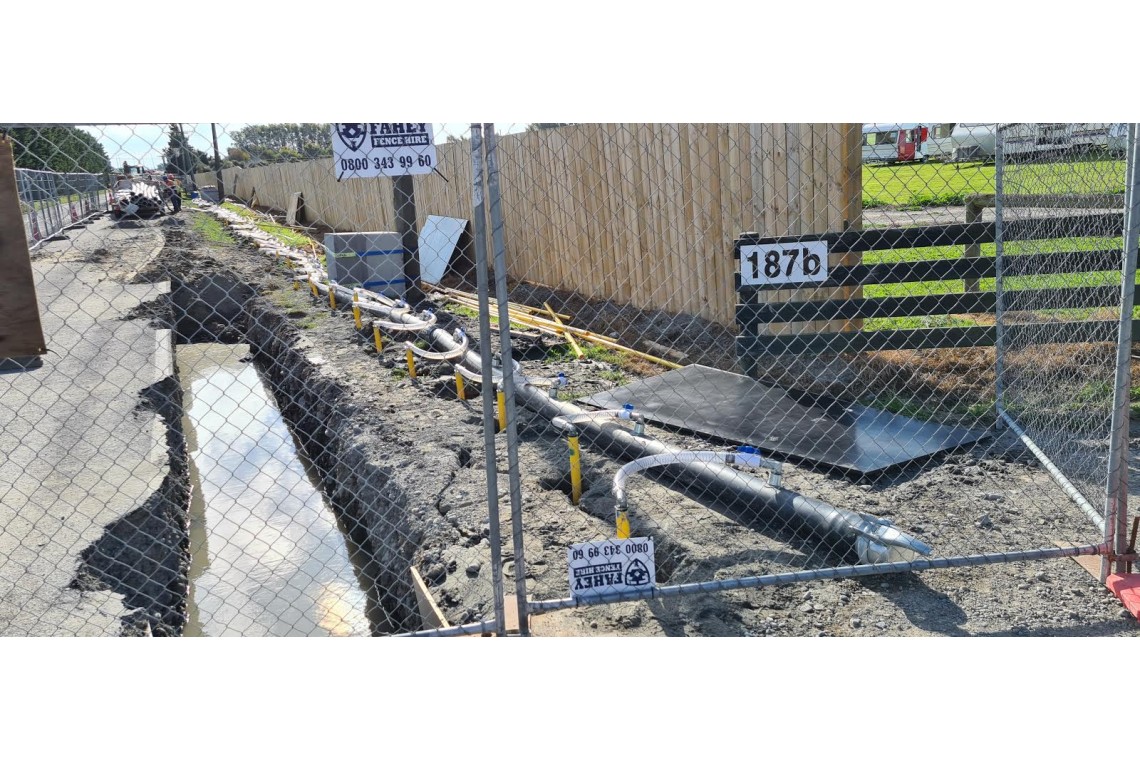 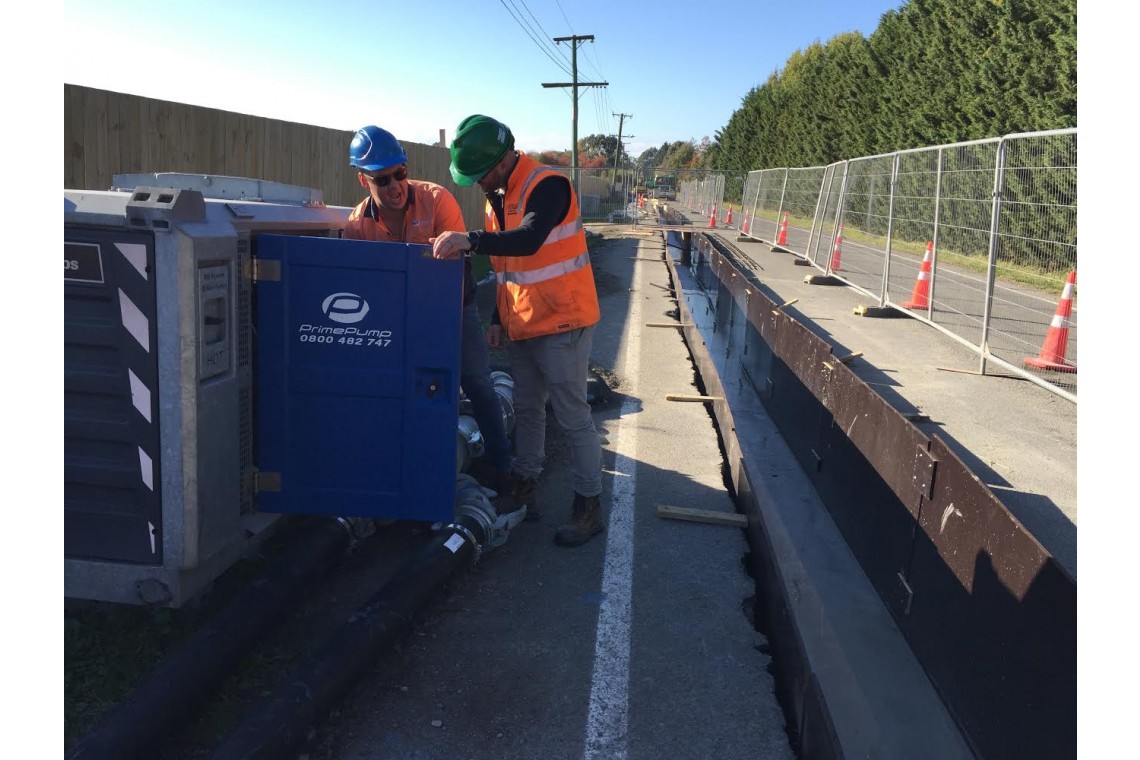 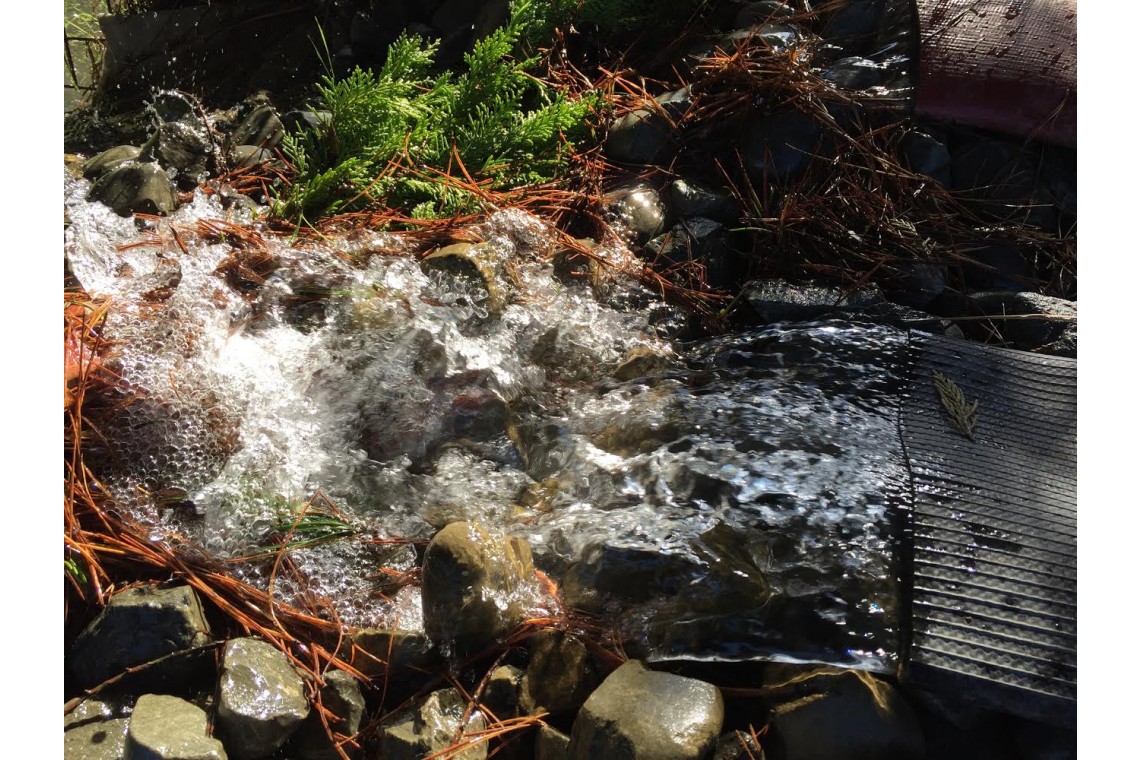 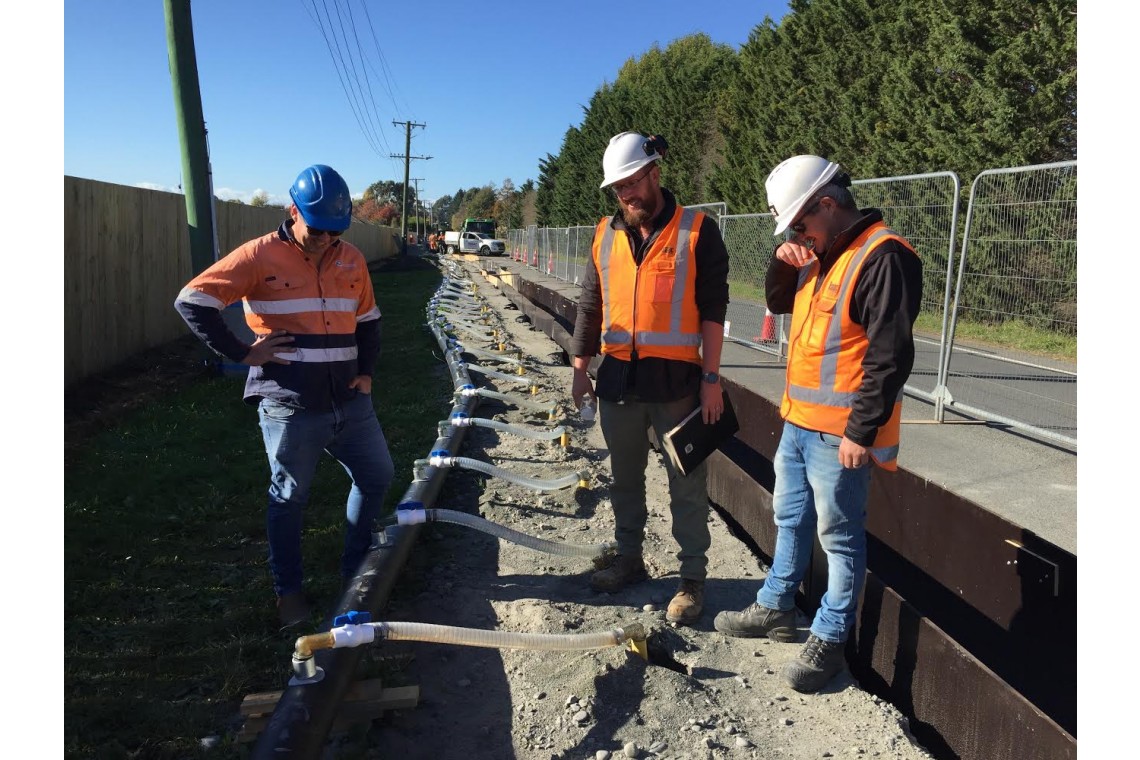 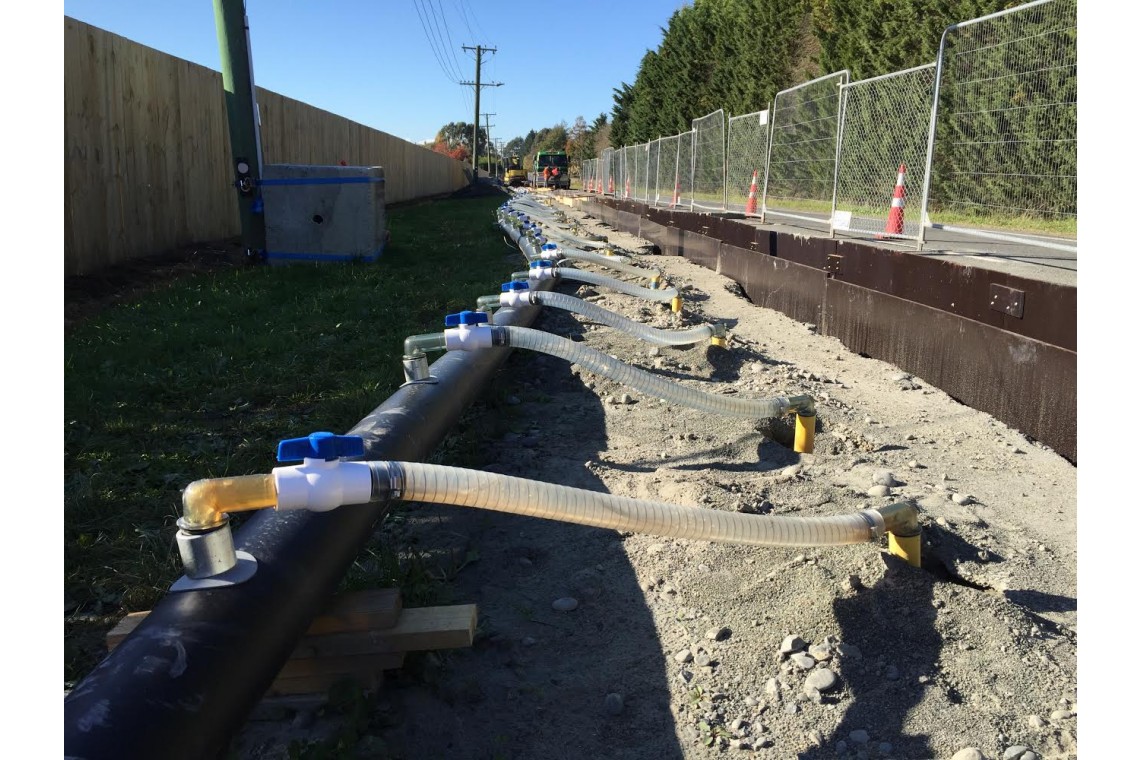 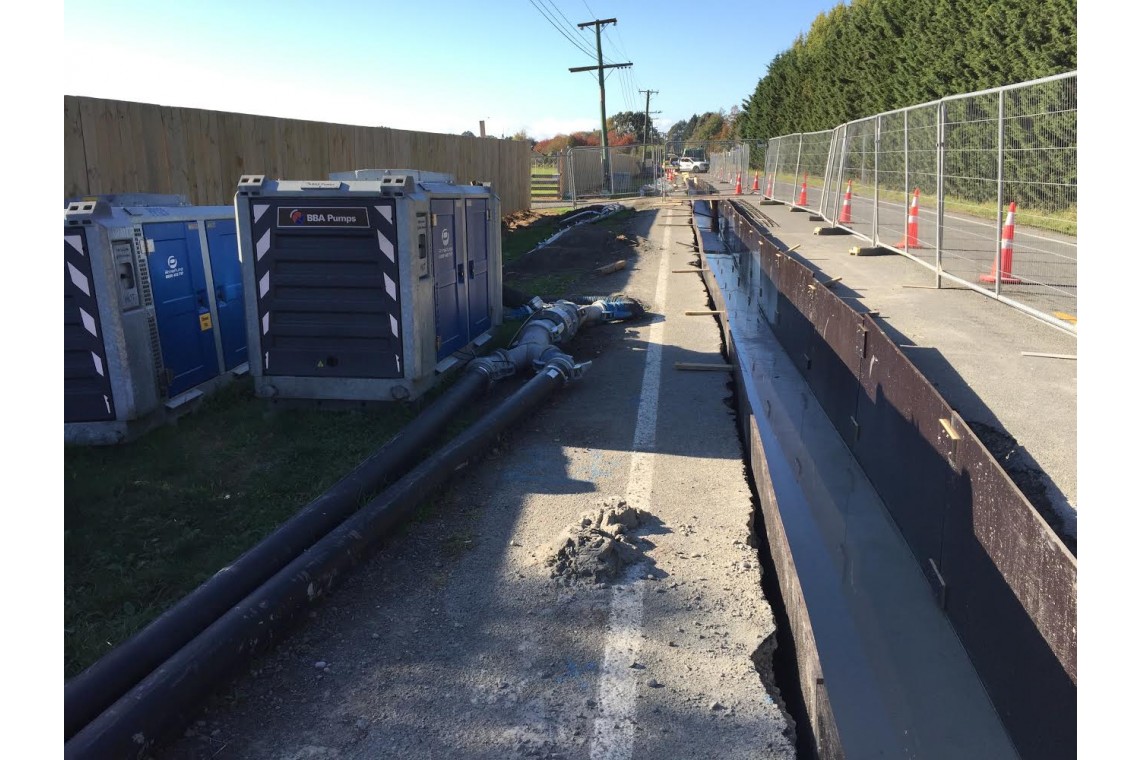